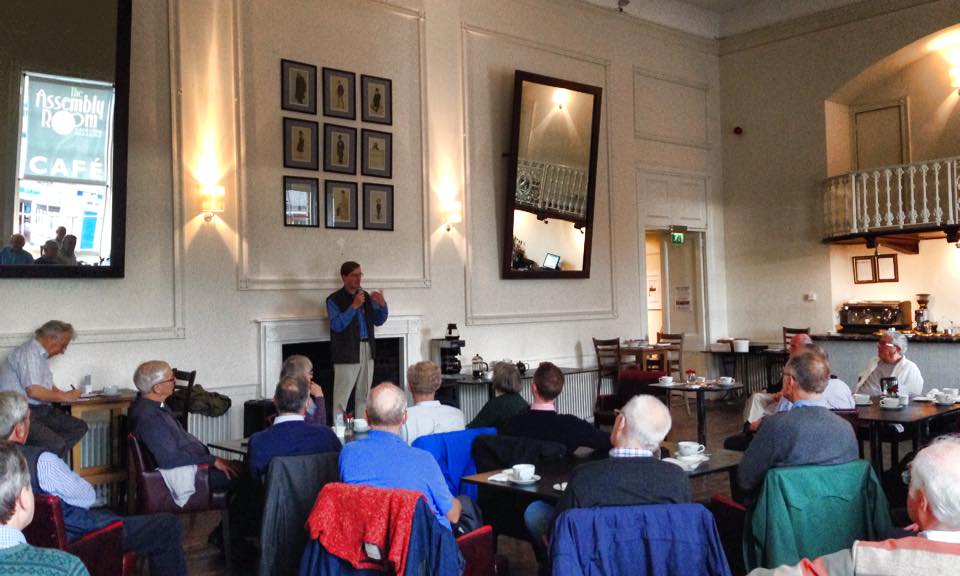 A group of 48 ‘men’, two of whom looked suspiciously like women, gathered for a breakfast meeting at the Assembly Room on Saturday 18th October. The speaker was Rt Hon Dominic Grieve QC MP, who quickly dispelled the impression communicated by Alastair Campbell that ‘politicians don’t do God’. Dominic, who worships at an Anglo-Catholic church in Fulham, said that as a schoolboy he was able to pop into the House of Commons to listen to great orators such as Enoch Powell and Michael Foot. Officers of the Crown take an oath of allegiance to uphold the Coronation oath taken by the Queen. When appointed Attorney General, Dominic swore to use his ‘cunning’ on the Queen’s behalf.

Dominic spoke eloquently and passionately of how our Christian heritage suffuses every aspect of our history, language, customs, laws and institutions. At the opening of Parliament, the Queen asks for the Lord’s blessing on the House. Each day begins with prayer led by the Speaker’s chaplain. Each party has its own Christian fellowship that meets regularly for discussion and prayer. In Dominic’s view, there is more discussion about faith issues now than at any time during the last 60 years.

He believes that Parliament provides a forum where minority views within a diverse society can be expressed, and the majority view can be accepted. He also believes that equality legislation should respect freedom of personal choice. Dominic referred to the issue of same-sex marriage, where he had argued that marriage was an undertaking made before God in a religious setting, and that the rights of same-sex couples were adequately safeguarded in existing legislation.

Dominic referred to the time when William Wilberforce’s religious conversion led him to question whether he should remain in public life. He was persuaded by the then Prime Minister William Pitt the Younger to remain in politics with the reminder that faith should lead to action. 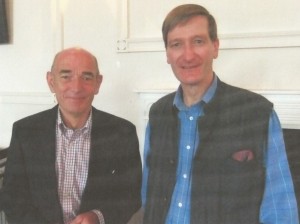